We provide students with excellence in education, both academically and spiritually, in order to prepare them to become faith-filled leaders who will live and defend the Catholic faith with confidence and joy. 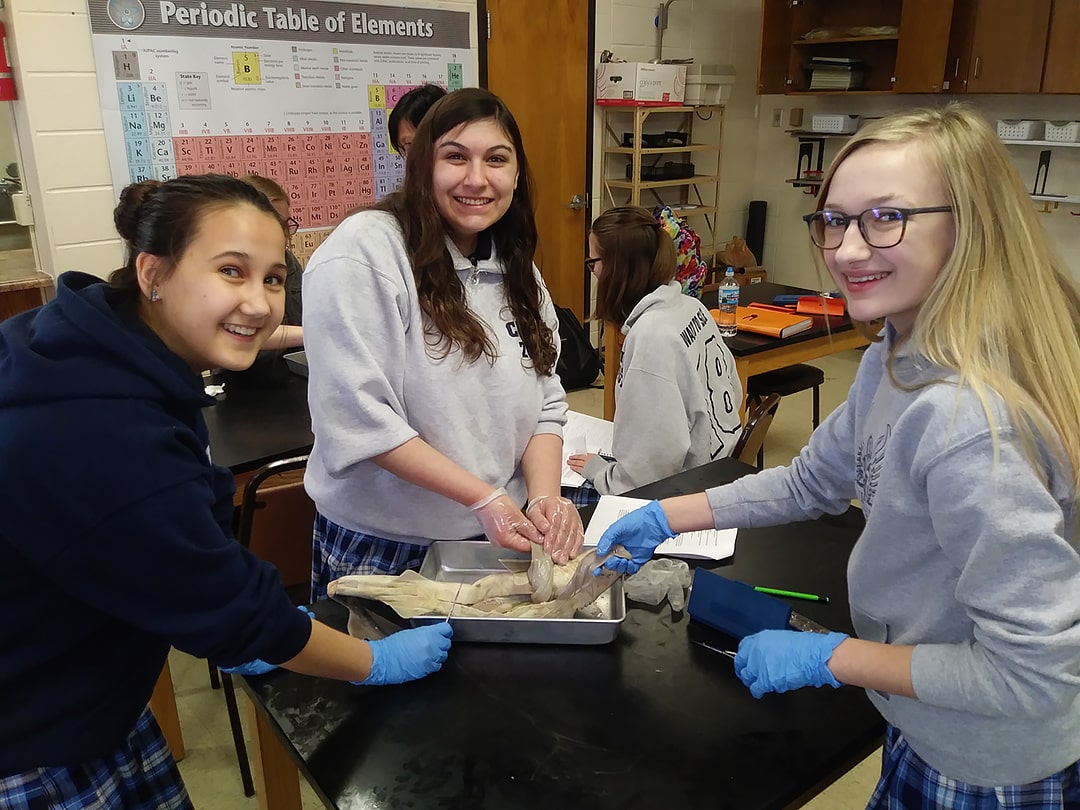 Goals for Every Student

Pillars of JPII Mission and Vision 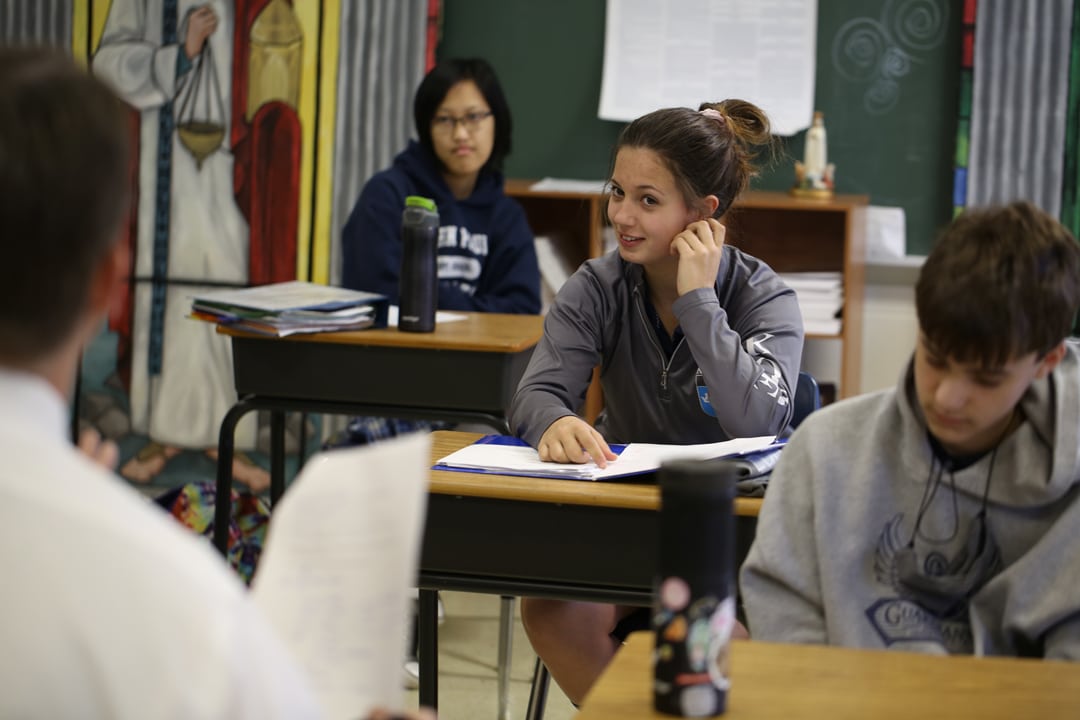 Form ourselves and our children in alignment with the authentic teachings of the Magisterium of the Catholic Church.

At JPII, we treasure the richness, traditions, and Truth of the Catholic faith and provide opportunities for students to encounter, develop and practice virtue in all circumstances of life. All members of the JPII community strive for excellence in both human and Catholic formation, seeking authentic holiness of life.

Teach goodness, truth, and beauty through the gravitas found in the classical curriculum.

We explore the lives and societies of history’s holy, wise, and influential men and women. This context provides students the tools they need to understand the Gospels, the saints, the writings of the Church, philosophy, literature, the process of discovery in science, the use of imagination and logic in problem-solving, and ultimately how to be tomorrow’s clear communicators, wise decision-makers, and holy saints who promote and defend the faith of Jesus Christ.

JPII’s hybrid academic program blends all the best aspects of traditional instruction with the benefits of home school days to provide an atmosphere where both academic and spiritual formation thrive. Our cooperative partnership with parents allows for a healthy balance between home life and school participation– truly the best of both worlds!

Honor and uphold the family as the domestic church and its essential role in forming joyful Catholics and future saints.

At JPII, we honor families and support parents in their responsibility as primary educators of their children. Here, parents seeking to nurture their own holy families treasure the opportunity to maximize their time and influence with their children as they grow and mature.

The foundation of every endeavor begins with an inspiration – usually born of necessity. In 2009 a St Louis area school community was faced with the unexpected notification that their high school would be closing at the end of the Spring term.

Parents were faced with the challenge of finding a school for their children within a few short weeks.

Jessica Zuniga was inspired by the example of a university style school – one with a combination of homeschooling days and at-school days – that she had seen in another city.

After a short time of prayer and discernment, three families with a total of seven students embarked on the journey that has brought JPII where it is today.

Under the patronage of beloved Pope John Paul II, with Jessica Zuniga at the helm as principal, the Fall of 2009 opened with these few in a pole barn– a very nice pole barn– graciously lent for use to the school by Dr. Steve Pieper. Four dedicated teachers with occasionally inconsistent plumbing and heat made for a successful yet challenging experience.

One great blessing of that first year was the presence of the Blessed Sacrament in a small chapel on the first floor.

That same school year saw the addition of two more students and brought the number of families to four. The 2010 school year required additional grade levels and the first in a long series of moves for JPII – from “the barn” to Midwest Music Conservatory on Clayton Rd.

An increase of teachers and a new student population of 21 students, not to mention the advantage of reliable water facilities, seemed to indicate that this seedling school was starting to grow.

When the same area school closed its grade school at the end of the 2011-2012 school year, the decision was eventually made to open a grade school as part of JPII. Multiple classes sharing rooms became the norm for the next four years, but none of them compared to the first one.

Two teachers and two aides teaching a total of six grades in one large room was a miraculous sight to behold! That, coupled with the fact that the entire room had to be completely disassembled each Thursday and reassembled the following Monday, seems proof enough for most that the Holy Spirit was guiding each phase of growth. The school now boasted 65 students and 18 families.

The joy of the expanding student body was evident in the daily interaction between student and teacher and the playfulness between three-year-old and Senior. But enrollment called for more space and the search for a new, larger location.

JPII was literally on the move in 2012-2013, as a move to an Old Manchester location and the anticipated start of the school year fell through at the 11th hour due to zoning issues. School was postponed and shelter was found on Wild Horse Creek Road in a Korean Christian Church building that was for sale. JPII was allowed to lease it for the school year. Plenty of space and room to play outside was a welcome change, but the school could not get too comfortable. Learning in the late fall that the realtor had found a buyer who desired to occupy the building the following March, a new home was sought to finish the school year.

“Neighbors” down the road at Harvest Christian Church allowed the school to move in, while Mass was generously hosted at Barat Academy, the Catholic school next door. One more move was still in store for 2013. Our pilgrim journey ended with a suitable “home” at Faith Des Peres Presbyterian Church in Frontenac.

Families continued to find JPII. Word of mouth had drawn students from far and wide. Students were coming from three area counties and St Louis city. With the knowledge that JPII would be in one place for at least three years, a central St. Louis location, and room for more students, the school population expanded to include our first students from Illinois.

The total school population grew from 120 to 146. Faith Des Peres saw the passing of the baton of principal from Jessica Zuniga to David Williams and the addition of many new faculty.

Receiving the designation as a Public Association of the Christian Faithful in the Fall of 2015 has been one of JPII’s proudest moments to date. This honor and a growing enrollment necessitated one more move. After investigating the available Archdiocesan properties, the obvious choice was the facility of St. Robert Bellarmine in St. Charles.

While the distance to the new location became too much of a burden for some, a St. Charles location opened up the possibility of a Catholic, classical, hybrid-model school to many more families. JPII is pleased to call St. Robert home and hopes to do so for many years to come.

The first ten years of JPII have seemed to fly. While the path has been sprinkled with challenges as well as joys, the way has been made clear through prayer and faithfulness to the task entrusted to us.

Under the skilled and caring guidance of new principal Lyn Schmitz, JPII is poised to multiply the treasure endowed to it with her as administrator.

Inspiration, dutifully followed, has taken the JPII community from its humble foundation to its blossoming present. With continued devotion to the mission and vision entrusted to JPII, this inspiration will allow JPII to be an instrument to support Catholic families and to help form the Catholic leaders and saints the world needs today. 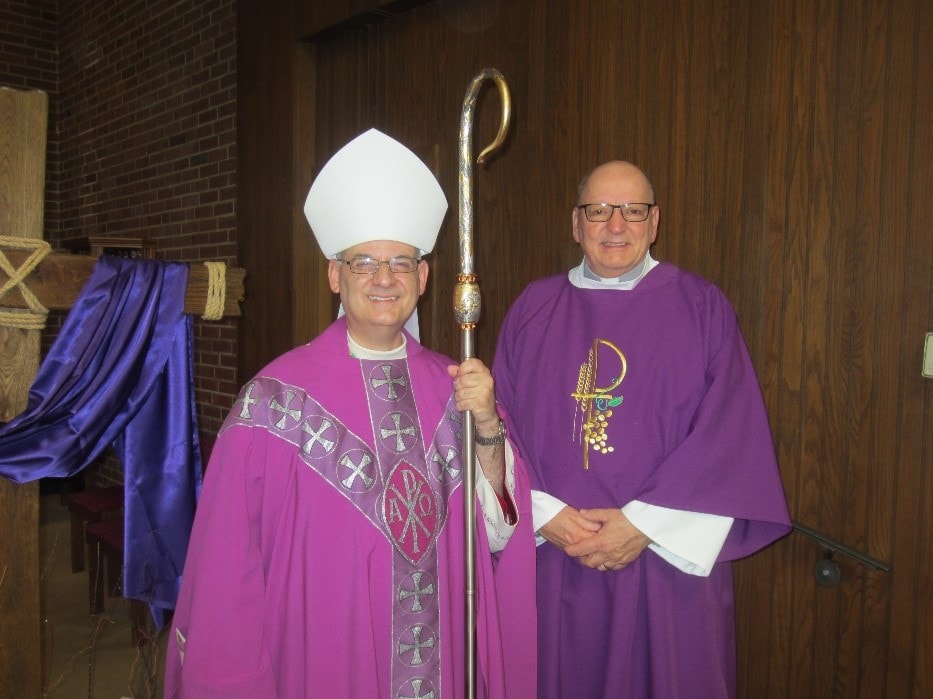