JPII Board of Directors

PACF Board of Trustees

PACF stands for Public Association of the Christian Faithful.  This designation is the recognition and permission of the Archbishop of St. Louis for St. John Paul II Preparatory School to operate within the Archdiocese of St. Louis as an independent Catholic school.  The PACF was erected by Archbishop Carlson in September 2015; the PACF Board of Trustees is charged with preserving the mission, vision, and Catholicity of JPII.  The PACF designation is an assurance to all constituents of the Archbishop's recognition and approval of our school.
Joe Zuniga, Moderator, Co-Founder
Jessica Zuniga, Foundress
Seana Tetzlaff, Co-Founder
Pamela Olimpio
John Bruno
Thomas Oliver 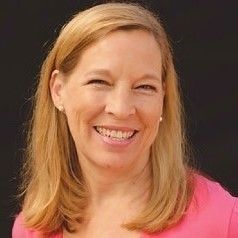 Foundress of JPII
JPII Board of Directors Member
PACF Board of Trustees Member
Education: Bachelor of Secondary Education, English and Speech

Jessica Zuniga is the mother of eleven children, and has spent her lifetime utilizing her education degree and spiritual formation in the research and development of sound learning practices.  Jessica’s career experiences include teaching at parochial schools, parish catechesis, and home schooling her own eleven children, as well as founding and administering JPII. She has been involved in both the Apostolate for Family Consecration (AFC) and Opus Dei, but most recently with the Regnum Christi movement.

In 2009, after the close of Gateway Academy, Jessica was inspired by the Holy Spirit to start a new hybrid-style education based on the University-Model School(R). She served as Administrator and Principal of John Paul II from 2009 to 2014 and then as President for the next three years. She continues to give her insights on education and childhood development through speaking engagements and through her involvement as an educator for private Catholic schools.

Jessica and her husband, Joseph, now reside in Atlanta, Georgia where seven of their eleven children live. Five of their children have attended John Paul II Preparatory: two graduated from JPII, and the three youngest would have as well!  Jessica continues to be committed to the foundation of JPII: balancing the virtues of home life with excellence in education. 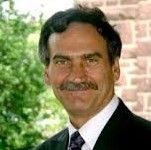 JPII Board of Directors President
PACF Board of Trustees Member
Education: Ph.D. in Curriculum & Instruction, BS and MA in Special Education

Dr. John Bruno was elected Board President in the Spring of 2018 and has served on the board since the Fall of 2013.  He has been an Autism Effective Practice Specialist with the Special School District since 2013.  He also consults with businesses and not-for-profit organizations providing workshops on hiring and managing individuals on the autism spectrum, effective strategies for helping individuals with autism succeed in schools, effective classroom strategies for general education teachers, and creating effective behavior intervention programs.  Recently he co-authored a book “Solving the Autism Puzzle One Piece at a Time: Strategies for Educators and Parents” that is in talks with a publisher.  Prior to this work Dr. Bruno was a professor at various institutions including Florida State University, Flagler College, Saint Leo’s College, Eastern Illinois University, Tallahassee Community College, and St. Charles Community College.  He also served in administrative positions including being a Dean and a Vice President of Academic Affairs. He and his wife, Vivian, met in high school in Tampa, Fl, and married after graduating college.  They have three daughters; two are Alumni of St. John Paul II Prep.

Favorite Thing About JPII: Dr. Bruno's favorite thing about JPII is interacting with the students and the families.  They are able to feel like community almost immediately after only talking for a few moments. 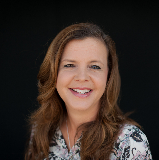 Mrs. Tetzlaff has been privileged to be a part of JPII from the very beginning as one of the founding families. Over the last 9 years she has been involved as a board member, teacher and now dean. She has been married to her husband Marcus for 30 years and has a daughter Hailie, who is a 2013 JPII graduate.

Mrs. Tetzlaff worked in Atlanta in the public school system with autistic preschoolers and a private Catholic school as a kindergarten assistant and co-teacher. She had worked at Gateway Academy as a temporary 2nd grade teacher, as a substitute teacher for grades PK through 6th grade, co-teacher for Pre-K and an assistant to first grade. After receiving her certification as a Preschool/Kindergarten teacher from North American Montessori Center, she began to implement a Montessori program for Pre-K until the school's closing.

Mrs. Tetzlaff has a deep desire to share Christ with the children she teaches, support parents in their God given role as primary educators of their children and help form young people who know and love our Lord. 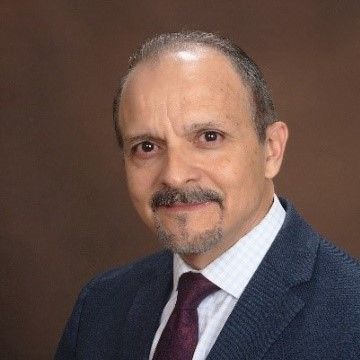 JPII Board of Directors Member and Co-Founder
PACF Board of Trustees Moderator
Education: Bachelor of Business Administration

Joseph Zuniga is a Human Resource executive who has spent his career leading the strategic development of benefits and compensation programs for Fortune 500 companies and large multi-industry corporations and institutions. Currently, he is a Principal for RightOpt at Conduent HR Services.

Joe’s career has taken him and his family to Lexington, KY, Cincinnati, Columbus, Atlanta, and St. Louis.  On this journey he has been involved in the Apostolate for Family Consecration (AFC), the Knights of Columbus, Regnum Christi, Advisory Board member for the YMCA, and has also been chosen to lead mission initiatives in the non-profit settings with American Cancer Society and the Sisters of Mercy Health System.

Joe and his wife, Jessica have eleven children, three still at home, and live in Atlanta, GA. They have had five children attend John Paul II, with two graduates.

Favorite thing about JPII:  The people it has put into his and his family's lives, especially the wonderful teachers who have helped mold so many great students. 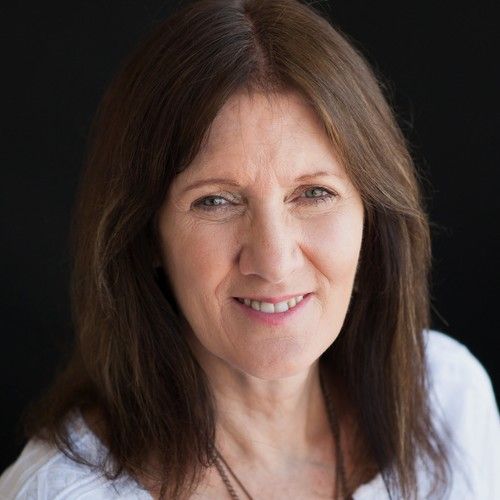 Pam and her husband Bob have been married for over 30 years, and have 11 children and 9 grandchildren. She and Bob homeschooled, and sent many of their children to Gateway Academy Catholic School from the year after it opened until it closed.  St. John Paul II Prep University model school was a mission she embraced immediately, the three day model which combined a focus on Faith, education and home life created the hope for a better answer to educating their children. Soon after hearing about it, they placed their children into the school and poured their energies into helping to continue the school, from  cleaning, to assisting, teaching, formation, and Campus Ministry, to being a Board member. The school has blessed them since its inception. Pam's dream is for the expansion of many similar University model schools from which others may benefit.

Favorite Thing About JPII:
The love of Jesus Christ and the joy of the Catholic Faith permeates the mission of John Paul II Preparatory School and can be seen in its founders and very foundation. The teachers, staff and parents have the single-minded goal of educating the students in the truth and love of all things which reveal the Gospel of Christ. Each person lives the Spirit of John Paul II in exemplifying the love of God as the body of Christ, and fulfilling the universal call to Holiness towards each other and into the world. 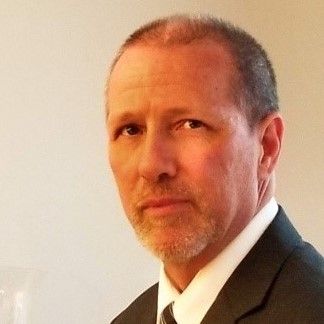 Thom moved to the St. Louis area from Oklahoma following his college graduation.  He has been married to Peggy for 31 years and they have eight children:  Marie, Megan, Ethan, Brandon, Steven, Michael, a senior at St. John Paul II, Benjamin, and Joshua.

Thom worked at Southwestern Bell Telephone/SBC Communications/AT&T for 30 years and is currently working at Edward Jones.  The oldest girls homeschooled through high school; the four older boys graduated from JPII.

Favorite Thing about JPII: St. John Paul II provides families an opportunity to allow children to attend a school that focuses on their spiritual well being while still allowing the parents to participate as the first educators of their children and provides an atmosphere where all children are valued. 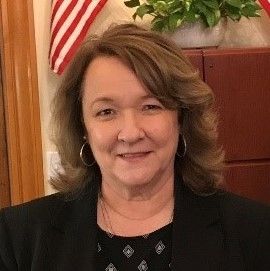 JPII Board of Directors, Secretary
Mary and her husband Michael have been married for almost 30 years and have three children: Ashley, Steven (a former teacher at JPII) and Alena who is in the 11th grade. They are very grateful for the excellent word of mouth advertising and publicity that the school receives from other happy families and have now been part of the JPII community for the last four years.  Being an Air Force family, the Hayworth family moved around quite a bit and were stationed in Arizona, Germany, California, Virginia, and Illinois before finally settling down fourteen years ago in the St. Louis Metro area, primarily because of the strong Catholic culture and community in the region.

Mary's early professional administrative experience was with AT&T and the law firm of Jones, Day. While married she has held a number of part-time positions while her children were in school which include: the Enlisted Wives’ Club, California State University, Northridge and is currently the Office Administrator for St. Francis de Sales Oratory in St. Louis.

Favorite thing about JPII: St. John Paul II Preparatory has all the qualities that the Hayworths were looking for in a school: authentic Catholicism, liberal arts curriculum, great teachers, family involvement, balanced approach to education, and affordability. 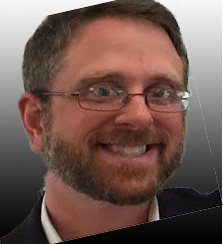 Mr. Steven C. Mercer is married, has seven children, and is a convert to the Catholic Faith. Steve has worked in the Aerospace industry for over 19 years, but his love is learning, thinking, and teaching the Catholic Faith. Steve is currently working on several projects which will express Catholic economic teaching in practical distributism. Steve also has a Hobbit’s passion for growing things and eating good food.

Favorite thing about JPII: The respect of the parents as the primary educators of their children, and the associated support of the Domestic Church.